Post-Closing Issue? Don’t Count on the Merger Doctrine to Save You 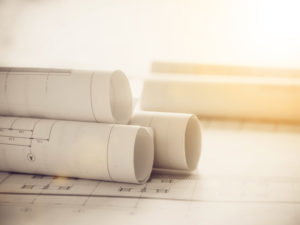 What happens when you buy a newly constructed house and you move in only to find that there are defects in the construction which result in the house not being reasonably fit for its intended use as a residence? In Illinois the courts have created an implied warranty of habitability which is made part of every new home construction contract between a buyer and a builder. This warranty is automatically included into these contracts and allows the buyer to sue their builder for any latent defects that render the house unfit for use as a residence. It was created by the courts because of the belief that construction contracts are inherently one-sided in that buyers have little opportunity to inspect the construction and must rely on the integrity and skill of the builder. Therefore, courts have given buyers the ability to sue their builder when defects create an uninhabitable residence.

Recently, the Illinois Supreme Court in Sienna Court Condominium Association v. Champion Aluminum Corporation eliminated the extension of the implied warranty of habitability to subcontractors even in a situation where the builder is insolvent. The Illinois Supreme Court held that since the implied warranty of habitability was a contractual remedy, courts could not extend that remedy to reach a party with whom the buyer does not have a contract. The case involved a condominium association suing subcontractors after the condominium developer and the builder filed bankruptcy. The condominium association claimed that latent defects resulted in water infiltrating the building and other conditions existing that rendered both the condominium units and common areas unfit for habitation. The Supreme Court held that the cases against the subcontractors had to be dismissed, even if the subcontractors had caused the defects in the building, because the owners of the condominiums had no direct contract with the subcontractor. The court found that the insolvency of the developer and general contractor should not extend the cause of action against subcontractors, and the risk to buyers of their builder filing bankruptcy is no different than the bankruptcy risk faced by any other person with a claim against an insolvent party.

It is important to note that the implied warranty of habitability is still alive and well and can be used by a buyer against the builder with whom the buyer has a contract. There could also be situations where subcontractors may be liable to a buyer under different theories. For example, if an express warranty is given by the subcontractor which is properly assigned to the buyer. However, the Sienna case would appear to end a buyer’s right to pursue subcontractors for breach of the implied warranty of habitability even when the builder is insolvent and the subcontractor’s work was the cause of the defect.

For more information about implied warranty of habitability or general real estate law, contact Partner Thomas Sandquist at 815-987-8900 or tsandquist@wilmac.com. Tom is a partner in the firm’s real estate group, as well as a member of the creditor’s rights and bankruptcy department and corporate law group.