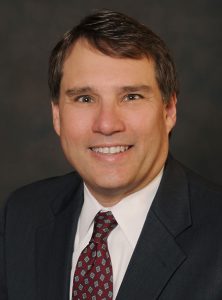 During the last week of November 2017, a Winnebago County jury was asked to award $12,500,000 to the Estate of Karen Williams, a 42-year-old attorney who was killed when three armed robbers fleeing the police crashed into her car and killed her.  The Williams Estate sued the Boone County Sheriff over the actions of its deputy who engaged in the high-speed pursuit.  However, the Estate elected not to sue the three armed robbers who instigated the chase.  James Devine and Joel Huotari represented the Boone County Sheriff at trial.

Police in Illinois enjoy immunity from negligence under the Local Government and Governmental Employees Tort Immunity Act, which states that “a public employee is not liable for his act or omission in the execution or enforcement of any law unless such act or omission constitutes willful and wanton conduct.” 745 ILCS 10/2-202.

As a result of that immunity, the Williams Estate had to prove that the officer acted “willfully and wantonly” by demonstrating “a course of action which shows an actual or deliberate intention to cause harm or which, if not intentional, shows an utter indifference to or conscious disregard for the safety of others or their property.” ILCS 10/1-210.  It also had to prove that the police officer’s conduct was the “proximate cause” of Karen William’s death.

During closing arguments Keenan Saulter, counsel for the Williams Estate, described the Sheriff’s deputy engaging in the pursuit as having been “in cowboy mode,” driven “to get these guys at all costs.”  However, the defense pointed out that the deputy was merely doing his job as he had been trained and had acted to protect the public from a carload of armed criminals as best as he could under the circumstances.

After three hours of deliberation, the jury returned a defense verdict, deciding that the Estate had not proven its case against the Sheriff’s deputy.  In praise of the verdict, James Devine acknowledged that Karen Williams was a wonderful woman who did nothing to deserve the untimely end she met at the hands of the three fleeing felons.  However, he also noted that a verdict against the Sheriff would have sent the wrong message to felons throughout the area by suggesting that they could avoid responsibility for their crimes by recklessly fleeing from the police.  The U.S. Supreme Court rejected such a “perverse incentive” to flee in Scott v. Harris, 550 U.S. 372, 385–86 (2007):

[W]e are loath to lay down a rule requiring the police to allow fleeing suspects to get away whenever they drive so recklessly that they put other people’s lives in danger. It is obvious the perverse incentives such a rule would create: Every fleeing motorist would know that escape is within his grasp, if only he accelerates to 90 miles per hour, crosses the double-yellow line a few times, and runs a few red lights. The Constitution assuredly does not impose this invitation to impunity-earned-by-recklessness.